Having served hundreds of organizations throughout the United States, the Demont team combines international experience with local knowledge, service, and commitment. The team brings valuable experience and perspective as past managers, directors, board members, and volunteers of not-for-profit organizations throughout the country. Our associates are dedicated to the profession; they are self-motivated with an entrepreneurial spirit and committed to creating a partnership between client personnel, volunteers, and counsel that promotes fund-raising success to make a difference in the communities we serve. 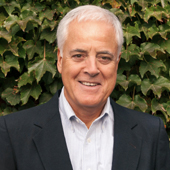 Bob Demont has been a proponent of the highest standards in direction and counsel to philanthropic institutions, their staff, and volunteers since 1979. In addition to managing, directing, and counseling hundreds of clients and helping them raise over $1,200,000,000, he has been a teacher, coach, camp counselor, board member, political campaign manager, international performer, and marketing representative. He formed Demont Associates in 1993 after serving as regional manager and president of the New England Division of Ketchum, Inc., when it was the largest fund-raising counseling firm in the world.

Bob has personally chaired six capital campaigns for not-for-profit organizations. He is past president of the Association of Fundraising Professionals (AFP), Northern New England Chapter, was a faculty member of AFP’s First Course and Survey Course, and a guest lecturer at Lesley College. He also has completed the Executive Leadership Institute sponsored by AFP in conjunction with the Indiana University Center on Philanthropy.

Bob is the former Chair of the Board of Visitors of the University of Maine at Machias, President of Yarmouth High School Alumni Association, and President of the Board of Directors of Agawam Council, a private character-based camp serving American youth since 1919. He remains a development committee member and summer camp counselor at Camp Agawam, serves on the Yarmouth High School Alumni Association, and is former chair of his church’s finance committee, choir member, and chair of its endowment campaign for music ministry. Bob has been an active volunteer and class capital campaign chair at his alma mater, Bowdoin College, and also chaired Up with People’s International Alumni Association Founders Campaign. He is also an avid reader, golfer and gardener. 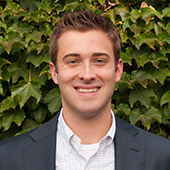 After three years working with the international nonprofit organization, Up with People, John Lanham joined Demont Associates in the fall of 2016. As Up with People's Marketing Coordinator, he oversaw operations, logistics, and media outreach in many different countries. While traveling, he interviewed and recruited participants to the program from over 15 nations. John managed partner relations with community sponsors including the International Lions Club, Habitat for Humanity, The University of Arizona, public schools in Eskilstuna, Sweden, and government organizations throughout Mexico. He also expanded upon his passion for the performing arts as the group’s lead male vocalist and vocal instructor.

Following undergraduate work at Wake Forest University in North Carolina, John completed his MBA at the University of Denver focusing on marketing and management. While studying at the University of Denver, John worked directly with the Dean of the Daniels College of Business and the ethics department as the Graduate Assistant for Diversity and Inclusion in order to bridge cultural gaps between foreign and domestic students. He was awarded Business Graduate Student of the Year in the spring of 2016 as a result of his progressive work.

John now resides in Portland, ME with his partner Alejandra and their super mutt Francis. He enjoys running, reading, live concerts and a good movie. John also volunteers as a Big for Big Brothers Big Sisters of Southern Maine. 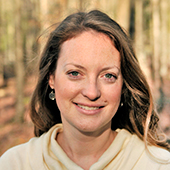 A graduate of St. Michael's College in Vermont, Caisil Weldon has 16 years’ experience in marketing and fundraising for national and local nonprofits and Vermont businesses. She brings to the Demont team extensive experience in project and donor prospect management, marketing and communications, event planning and implementation, corporate sponsorship management, and campaign and volunteer management.

Caisil has contributed her professional expertise to organizations such as the American Heart Association, UVM Medical Center Foundation/Children’s Miracle Network Hospitals, Cabot Creamery Cooperative, Saxon Hill School, and WGDR-Goddard College. She joined Demont in 2015 and has been managing a $6,500,000 campaign for the Mad River Glen Cooperative-Stark Mountain Foundation.

Living in Essex, Vermont with her husband and two sons, Caisil enjoys all that Vermont has to offer: skiing, maple sugaring, gardening, and the occasional obstacle course race and 5K. Caisil also volunteers for the Nordic Soccer Club as a team manager, Essex Town Schools in the classroom, and recently completed a three-year term on the Essex Town School Board. 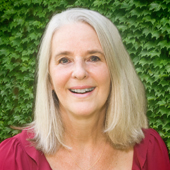 Lauren served as Director of Development at Keewaydin Foundation in Salisbury, Vermont from 2014 to 2019. Prior to this, she served as Chief Advancement Officer at Goddard College in Plainfield, Vermont (2012 to 2014), and as Vice President of Demont Associates’ New England West division (2004-2012). Before joining Demont, she served as Executive Director of Kingdom County Productions in Barnet, Vermont, and as Director of External Relations for the Fairbanks Museum & Planetarium in St. Johnsbury, Vermont. 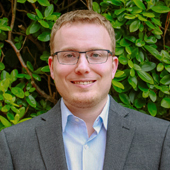 As Managing Director, Joseph Cannon coordinates with both clients and Demont staff as he manages the firm’s day-to-day operations. With a broad range of experience in fast-paced, detail-oriented positions, he brings a combination of technical know-how and can-do attitude to the office. Prior to joining the Demont team in 2016, Joe was a Network Associate at Professional Disability Associates, a local business where he worked closely with doctors and accreditation staff to assist injured Mainers. 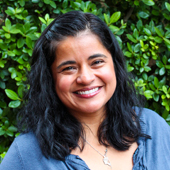 Mari Mattuchio joined Demont Associates in early 2019, with five years' experience in banking and 13 years in accounting. She was a full-charge office manager of a small construction company for eight years before becoming an accountant for a golf course, aligning with Demont's number one pastime of hitting the links. She received her AA from the Community College of the Florida Keys and her BA from the University of Southern Maine.

Mari originally hails from Chicago, and moved to Maine in 2003 with her husband Ryan, a Kennebunkport native. She has two beautiful daughters, Matti and Ria. Mari enjoys volunteering at Wells Elementary School, Girls on the Run, and Dress a Girl. In her free time, she is an avid runner, currently working on her second Ultra Event.

Tom Smith is a private consultant in planned giving with more than 40 years of development experience, both as a manager, front-line fundraiser, and consultant specializing in major and planned gifts. His private and independent sector work, together with his extensive knowledge of financial planning and tax issues, have resulted in more than $125 million in planned and major gifts at numerous nonprofits throughout the United States.

Mr. Smith was formerly Senior Philanthropic Advisor at The Vermont Community Foundation. His additional experience includes Director of Gift and Estate Planning at the California Institute of Technology in Pasadena, California, and various development roles at the University of Vermont in Burlington, Vermont. Tom has been a presenter for various groups including NSFRE (AFP), NACUBO, NCPG (CGP) and the Council for Advancement and Support of Education. Some of his presentations have appeared in print in CASE Currents, The Journal of Gift Planning, and Planned Giving Today. Prior to his career in development, Tom was a language professor on the college level.

Tom has an AB degree from Heidelberg University in Tiffin, Ohio, and an MA degree from the University of Illinois at Champaign/Urbana. In 1986, he received his certified financial planner designation from the College for Financial Planning in Denver, Colorado. He currently resides in Ripton, Vermont.

Craig Freshley is a professional speaker, author, and meeting facilitator with an inspiring attitude and a well-earned reputation for helping groups to be efficient, harmonious, and productive. He works with a wide range of clients of all sizes and in all sectors, including many nonprofits for which he has provided strategic counsel and helped to get focused and organized prior to launching a capital campaign.

Craig is the owner of a Good Group Decisions, Inc. and the author of The Wisdom of Group Decisions. He has professionally facilitated over 3,000 meetings, helping groups of all kinds address challenging issues in practical, visionary, and sustainable ways. He has also published hundreds of videos, tips, and handouts on his website on all aspects of group dynamics. Craig understands the value of getting clarity on exactly what an organization seeks to achieve, and why.

Craig has bachelor’s degrees in political science and philosophy from the University of Maine and a master’s degree in public policy and management from the Muskie School for Public Service. He has worked for the Maine State Planning Office and for the Maine Development Foundation. He has extensive experience in public policy development with special expertise in community indicators, environmental policy, downtown revitalization, education policy, and healthcare policy. His research and writings serve as valuable resources for government, nonprofit, corporate, and community leaders.

Learn more about Craig here, including a list of clients and testimonials.

Joel Osgood is a freelance videographer living in North New Portland, Maine. He graduated from Syracuse University’s New House School of Communications with a BS in television, radio, and film in 2001.

Joel produces web videos, commercials, corporate videos, and live events. He works as a grip and gaffer for multiple local and national production companies such as The History Channel and the National Geographic Channel. Other grip credits include the films See Girl Run, and 48-Hour Film Festival best film winners A Brief Case of Love and Flippy Day. In addition to grip work, he is hired as a camera operator, teleprompter operator, and production coordinator.

Joel is a skier, golfer, and outdoorsman. In the winter he speeds down the slopes and produces ski videos for Sugarloaf Mountain.